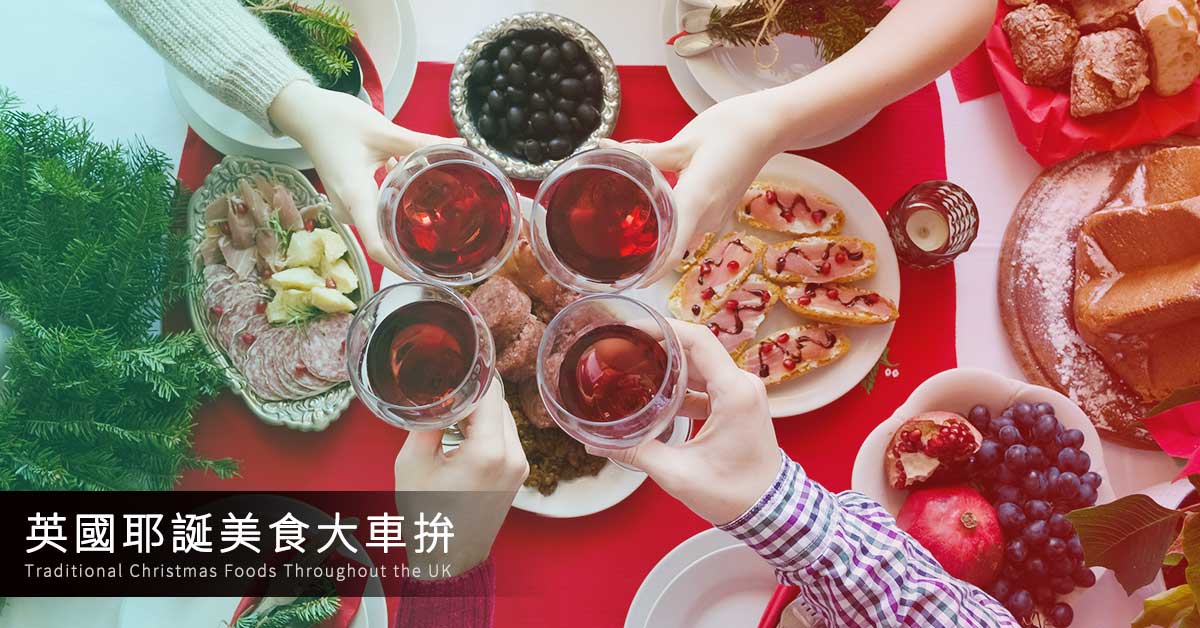 Christmas is for families to spend time together and having a big feast can always bring joy and laughter to everyone at the table.

Also known as “mincemeat”, a mince pie is a sweet pie filled with fruits and spices. They start showing up everywhere during Christmas season at parties, cafés, shops and supermarkets. To make mince pies taste better, mulled wine is the first choice of drink to go with. People believe that having a mince pie every day of December brings good luck. So, by the time the holiday season is over, most Brits are fed up with mince pies.

It’s usually made with red wine along with different kinds of spices, especially with orange, lemon, cinnamon, star anise, ginger and nutmeg. These spices are boiled with maple syrup before the red wine is added. Its hot or warm is why it’s so popular and traditional during winter, especially around Christmas.

Always one of the star dishes on the table, the steak wrapped in puff pastry and baked. It tastes as amazing as it looks. The steak is well seasoned with salt, pepper and spices. This dish shares the same importance with roast chicken or turkey.

Roast Chicken/Turkey and All the Trimmings

If the red meat is not your favorite, this dish is absolutely the most popular main course on the holiday table. In a tray, some common delicious side dishes to the chicken/turkey are:

These trimmings give more flavors to the dish and satisfy everyone’s appetite.

The traditional Christmas pudding in the UK looks like a cannonball made of dried fruits, nuts, flour, eggs, butter, spices and lots of alcohol. A good Christmas pudding is made months before Christmas with the alcohol, Brandy or Whisky, to flavor up the dried fruits. Then the hot brandy is poured over it when it comes to the table. What everyone looks forward to is to light up the brandy and set the pudding in flames. A small piece of  pudding goes the best with some ice cream or custard. Traditionally, a penny coin is baked in the pudding. The one who finds it can have good luck for the coming new year.

Christmas dinner can be a symbol of having a happy ending of this year and welcoming flying colors for the coming new year! No matter what food you want, just don't forget the meaning of Christmas: gratitude and blessing.

1. According to the reading, what makes mulled wine popular?

(B) It tastes sweet.

(C) It has many flavors.

2. The brit Eric wants to have good luck for the coming new year, what may make his dream come true?

(A) Finishing the whole roast turkey.

(B) Having a mince pie on Wednesdays of December.

(C) Eating a lot of Brussels sprouts at the Christmas dinner.

(D) Finding a coin from the slice of Christmas pudding on your plate.

(A) There is no meat in mince pie.

(C) Mulled wine can be a perfect drink to go with dessert.